What's on your mind?

Hey guys, I started writing an Artemis Fowl fanfic on Wattpad and would love if you checked it out. It’s about a girl named Nicolette... actually I’m just going to copy the description I wrote.

Remember Carla Frazetti? Well, she has a reason to want revenge, revenge on the Fowls. And now Jon Spiro has joined her. But most importantly, she has a weapon, Nicolette. Nicolette may seem like an ordinary girl on the outside, but she anything but ordinary. Nicolette is unique; she ruthless and has many secrets, some of which she doesn't even know herself.

Link link to the story: https://www.wattpad.com/story/273207862?utm_source=ios&utm_medium=link&utm_content=share_writing&wp_page=create&wp_uname=proudlypowerdbybooks&wp_originator=9Pu9f3ZK7%2FgTb0duW1q6VnBaj8jeMIO3I1QCyvmWwmyc8%2F6h7qFAWj32EEDFSne6hbxm%2B9f38CA5LprAvCkk8i4c9Yo%2FS1tHO4RU6z9nIB1z8MQUsN7oNtejBrc6TDBz

So y'all remember when Foaly said that "even if we were to show up on his doorstep dancing the can-can" Artemis still wouldn't remember? Well, I saw this in the wild:

Well, I cackled. No, like seriously: I cackled! So, here we go.

Are the Artemis on lost colony and time paradox kinda hot?My friends fought over lost colony to have a glimpse at his face at the front cover 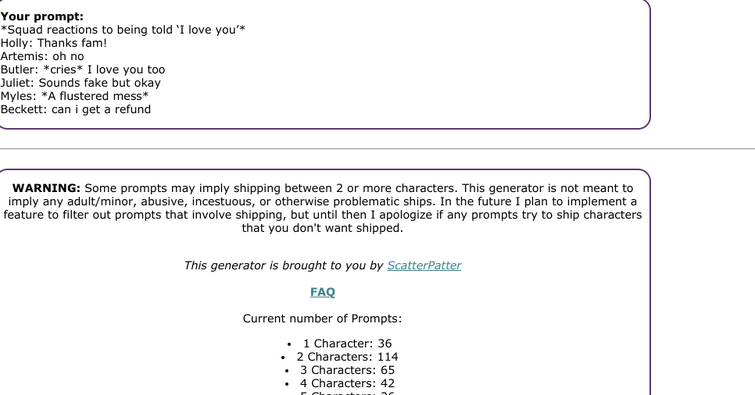 Hey everyone, Fandom has started rolling out its new "FandomDesktop" redesign for those who are browsing on desktops. I've taken the very first steps in adapting the wiki to the new design, but I'm counting on you all to call out any weirdness or broken things that result from the new look.

If you are not on the new look, you can switch under My Preferences > Appearance > "FandomDesktop". Currently you can switch back and forth between the new and the old freely.

There have been many people talking about how Artemis likes David Bowie (presumably after TAC). I've been re-reading the series a lot. Like, A LOT. So, when do we learn that? 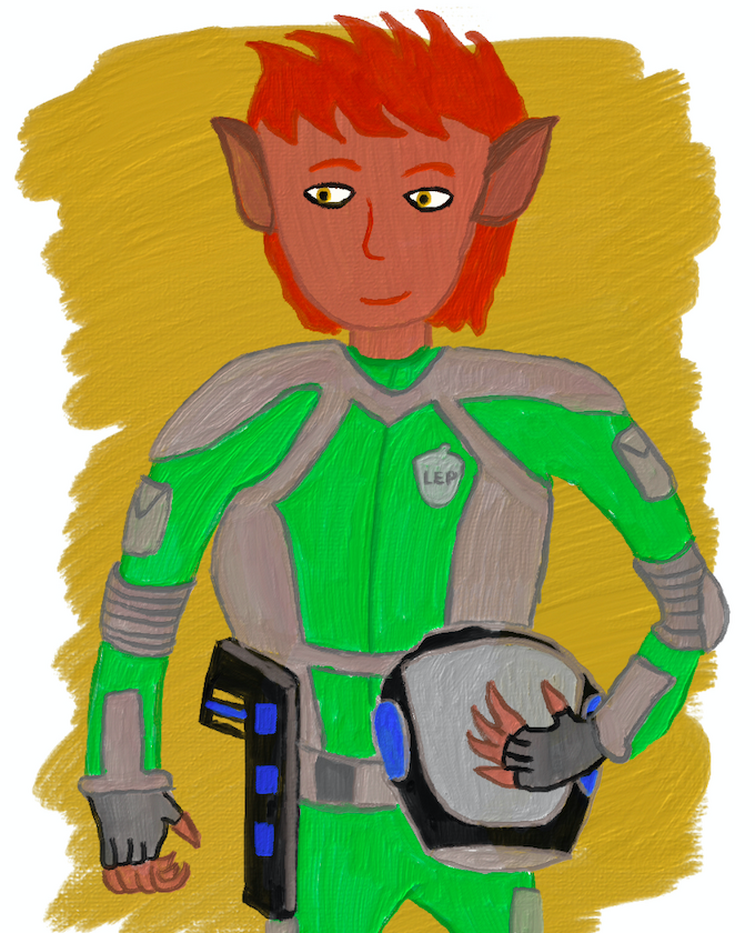 Made my LEP hero from scratch :)

Hope she looks good, this is one of my first attempts at digital art :)

So, I'm such a nerd and I decided to come up with my own Fairy name and rank stuff. I wanted my name to be Luck Evergreen(I am an Elf), decedent of Major Evergreen(Assuming that he was an elf), and I am a Captain in LEPRecon and am on of the most hailed officers in Recon. I was in the goblin revolution and got one of the 20 rifles. Before that I was in the Fowl Manor siege in the Op Booth, feeding information to Retrieval. Later I was of the LEPRecon officers suppressing the escaped goblins in The Last Guardian. After that I got promoted to Major, but like Holly I didn't want a desk job. So I was out in the field a lot, catching trolls, dwarfs, goblins, all that escaped to the surface. I am still in service today and I'm 154.

Be happy to post your Fairy story down in the comments.

Ok, for this Roleplay we will start with an introduction of our characters. It would be nice if you would be in some form of the LEP. After someone says something their character does, you can do one of two things. 1( You could respond to it or 2( You could let someone else respond. But remember introduce your character before you respond to anything. You do not need to introduce yourself more than once. Now a couple of rules. 1. No swearing, you can say D’Arvit but no swearing otherwise. 2. You could be a human or a fairy, I please request don’t be a troll(a troll fairy and the toxic kind). 3. Please respect other people. Now go Roleplay.

Also, I'm sorry for clogging this fandom with all of my stuff. I hope you enjoy.

Duh
Are you insane?
Actually, my answers constantly fluctuate.

Artemis Fowl II cried in every book, but never laughed.

As we know, magic is simply the power to manipulate energy, which is used to perform supernatural acts, ranging from the basic mesmer to an extended lifespan.

Each fairy family possesses some kind of magic.

But the question is, what happens when you use too much of it?

According to the Law of Conservation of Energy, energy can neither be created nor be destroyed. It can just be converted from one form to another.

And though there are many types of energy, it is divided into two main types:

1) Kinetic Energy (energy present in anything in motion) and

2) Potential Energy (energy stored within a stationary object, due to the object's position, arrangement or state).

Time to add a pinch of magic.

Now say, if I give you a rubber band. In its original state and shape, it possesses potential energy. Now, stretch it. In that moment, when you have given motion to the rubber band, it has converted its potential energy to kinetic energy. Now, again if I ask you to continuously keep stretching and relaxing it, it will break (just try not to hurt your muscles though, they follow the same mechanism too).

Why does it break?

Because you are constantly converting, i.e., manipulating its energy, right down to its subatomic level, where the rubber molecules cannot bear converting kinetic to potential and potential to kinetic energy back and forth, again and again, they simply dissipate at the point (so sound energy) where maximum transfer of energy has taken place, causing the rubber band to break (is this even true? I am not much of a Physicist).

There you are! So, if it has been correctly hypothesised, then you can interpret that if a fairy uses magic all the time, especially on a particular object/subject, either they will be harmed (because the magic is flowing from within them, converting the energy inside them to another form), or the object/subject will (as with the poor rubber band).

To apply it in Fowl Universe, we have very clear-cut examples. If too much of healing is performed on an individual and magic overloads their system, combined with negative traits of the individual (such as feelings of guilt), it can cause severe diseases or disorders (like Atlantis Complex).

If too much mesmer is performed on an individual, it can numb their thinking and also caused misshapen pupils.

The key to using magic effectively is using it in balance, no matter what the use.

I hope I could explain my views on the topic, and would definitely like to see everyone's views on this.

Special thanks to @Succulents-and-Sage who originally came up with the topic. 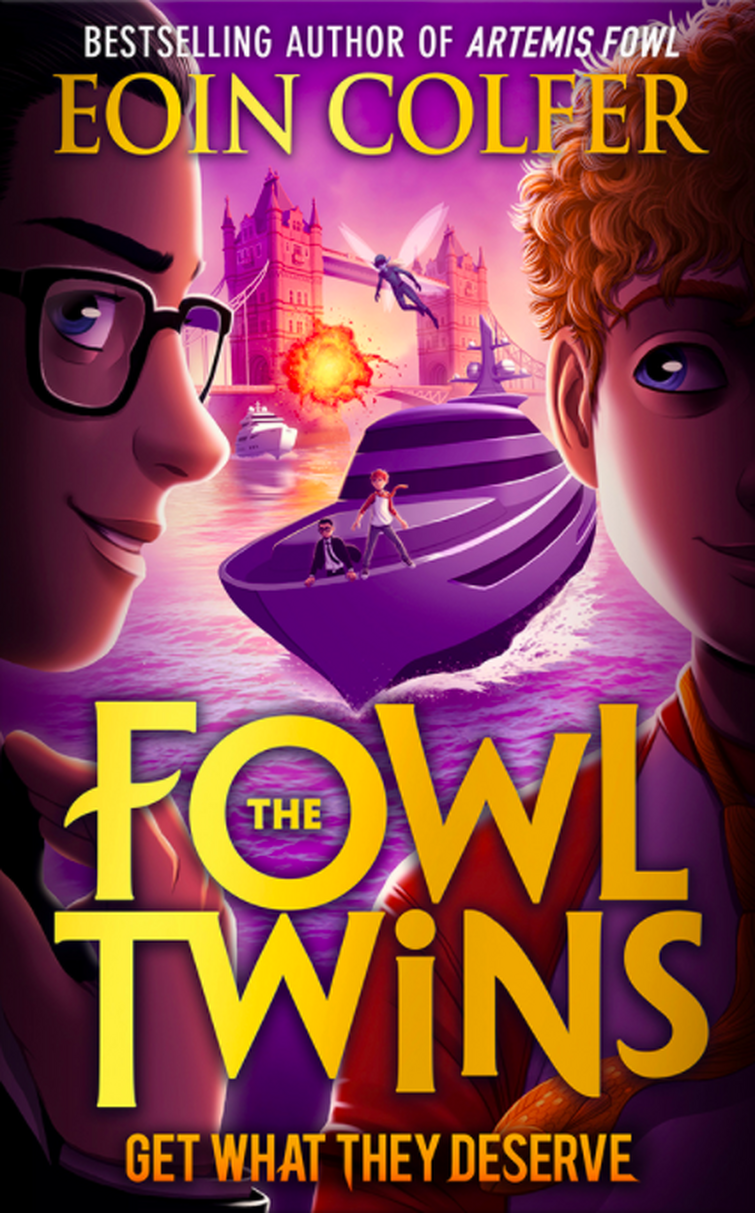 Is it just me, or Myles is looking more sinister than usual?

And is that the Tower Bridge in the UK?

The Fowl Twins Get What They Deserve
Guidelines